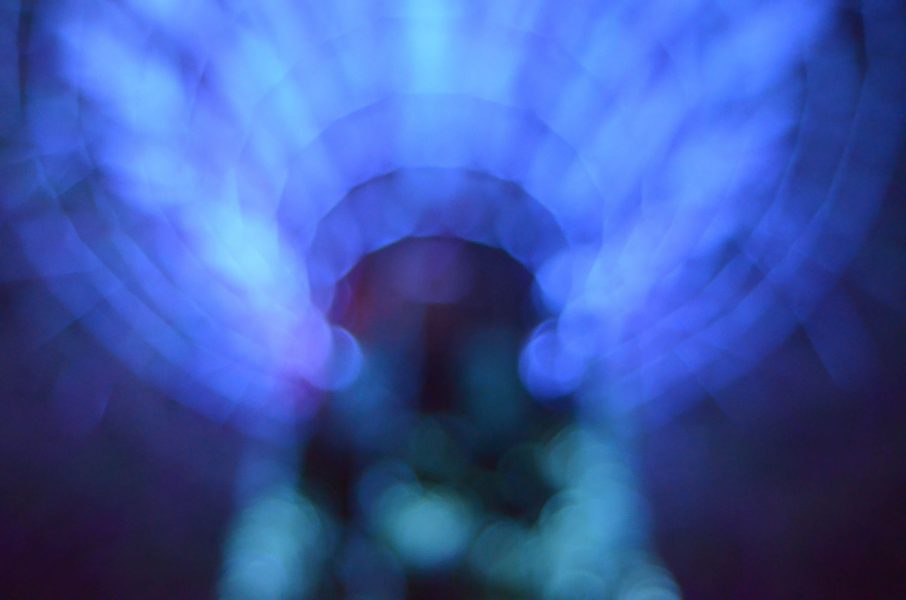 When Donna Haraway described the speculative Cyborg she close to foresaw the average millennial. While a cyborg is a creature of half human half machine; intertwined between the two mechanisms to profit from a superintelligence made from the best of both worlds – the millennial is arguably the precise opposite.

It’s suggested that 60% of us spend an average of six daily hours in front of digital screens – all of which emit and are illuminated by blue light. And what exactly is blue light you may ask? It’s a humanly visible light wave on the blue hues spectrum, which means the wavelength is both short and more powerful than red hues. In a very humanistic manner: the characteristic that chases for innovation before asking the fundamental questions, researchers are only now beginning to understand the type of dangers posed by long hours of blue light exposure.

If you’re in need of some perspective, blue light sits on the spectrum of light and colour just before the harmful purple hue of UV light. It’s interesting to think why UV has been globally demonized – we’re all extremely aware of its detrimental effects while continue to be oblivious to those of blue light. Perhaps the dangers of UV light are profitable while that of blue light is harmful to the lucrative tech economy founded on blue light.

Blue light has a wavelength of between 380 to 500 nm (nanometers, measuring to 1 billionth of a meter). And while it can be dangerous if exposed to in high quantities – it’s also virtually everywhere around us; naturally. Blue light collides with air molecules to make the sky look blue. It’s also our natural absorption of blue light that dictates sleep and awake cycles in our bodies.

Naturally, this correlation thus influences alertness, reaction speed and a general sensation of well-being. At the same time, the short wavelength of blue light generates a flickering – and it’s precisely this flickering that creates a glare that reduces visual contrast while hindering clarity and sharpness of vision. That explains the headaches, eye strain and accompanying symptoms, right?

Just like we’ve learned to protect our fragile skin from the powerful rays of UV, it seems logical that we should now begin protecting our eyes (and body) from the perhaps less obvious, yet equally damaging effects of blue light. As hours of screen-time are ingested by a majority of human beings today – such awareness is not a simple plea for consciousness; it’s a call for a collective wake-up to the downside of technology and electricity.